2020 has been a strange year for many of us. The presence of Covid-19 has meant we have had to adapt to the ‘new normal’ and sacrifice many things that we once enjoyed, like potentially the ISM trade fair. Who intends to attend this year? And will the show even take place?

During such uncertain times, many people across the industry are saying “who knows what will happen?”.

At the time of writing, the UK has banned social gatherings of more than six people and quarantine has returned for all in certain countries. With this, many people are subsequently sitting on the fence as to whether they will attend ISM – not just the UK, but across the world.

I felt compelled to write this story as I recently read a negative LinkedIn post which featured many people stating they would not attend ISM this year ­– many expressed that they felt it was too dangerous to travel. But, have they read the protocol that the ISM organisers have put in place?

Did they know, in the case of the UK Pavilion, full refunds are offered if there is an event cancellation? Sure, Yummex (due to run this November) was cancelled and trade shows took the biggest ‘battering’ this year, due to COVID-19, in the history of trade events.

So, I took some time to get a feeling for what could happen for ISM this year.

She told Kennedys: “Angus, we are all developing new behaviours and changing the way we live and work. The ‘new normal’ is evolving. Indeed, Covid-19 has shut down trade fairs across the globe, leaving suppliers unable to meet with buyers at world-leading food and drink events, including Amsterdam, Paris, Tokyo, Singapore and New York.

“However, our team are actively recruiting UK food and drink companies for shows in Q1 of 2021.  It’s understandable that confidence in attending is mixed and committing when there is still so much uncertainty is difficult for everyone. Suppliers are keen. Stands are being booked. We just need to hear that buyers are going to turn up.”

The key question for the stand holders is; are the buyers going to come? Many think they won’t.

However, Emma Walker, Export Director of Walkers Toffee was very positive. Walkers has told Kennedy’s that Walkers Toffee has only ever missed one ISM and they were definitely not going to miss this one.

Emma added: “We don’t wish to break a tradition Angus. Even if one quarter of the buyers come, it’s worth it. It’s a good platform and Koelne Messe has always been fair – we trust them. If they say they are cancelling, we know that is because they made a fair decision to protect the exhibitor’s interests. The Zoom events are nothing like the real thing.

“We know that our Dutch distributors will go, and everything is in place. I believe there are new rules with screens and so on, on the stands, and it’s all been thought over carefully by the organisers. If there’s a show, we go!”

Emma is right. This year there are wider aisles in the halls, the doors will be open, so they do not have to be touched, badges will be printed at home, sanitisation has been improved, and Germany still has – at time of writing – a 1.5m rule.

But there is no partying! Oh no! No stand parties. Is that not where most of the business is done?  Well many of the stands that had them might not be there.

Barry Callebaut told Kennedy’s that sadly they would not be exhibiting this year, and that’s a huge network of people. I personally haven’t seen an ISM without Barry Callebaut; they will be sadly missed by us. So, we do know that it will be a lot quieter. But is that a bad thing?

Peter Whiting, Managing Director of Beech’s Fine Chocolates UK, said: “Angus, less stands, in effect, means more exposure as there are less stands to get through in the day – even if there are less visitors you are going to get visited.”

Peter continued, “You contacting me Angus, made me think about it and what we should do. It’s a key show and a key time of year for our sales. We were sitting on the fence to see what the sentiment was, so we are pleased that you are writing a story.”

Peter went on to say that “we will probably re-book” and that they were “80% sure”. Peter was not the only one that had not made the final decision.

Tony Birbeck, Commercial Director Farmhouse Biscuits Ltd UK, said: “Angus I’m very 50/50 on the ISM show at the moment. Like you, I have heard a bit of negative hype over the last few days about how many people and exhibitors are not attending.

“Spookily, in the last 24 hours I’m wondering if we should go to it, or maybe axe it until 2022. We did sign up for it some weeks ago to be there “as usual”, but with Covid-19 on the increase again in Europe, and fact that we are heading into autumn, with ISM being a winter show, Covid-19 is likely to be a very big enemy over the coming weeks and months.

“It’s likely Koln Messe might postpone the show. If the exhibitors are going low in numbers and there is a (likely) very poor attendance, it may harm the show in the long run if they went ahead.

“We will need to wait and assess this more in the next four to six weeks. When we committed to the 2021 show Covid-19 was fairly well under control. But, the last months has seen some alarming increases. Separately, from the low numbers mentioned and for the safety of both exhibitors and visitors, it would be best to postpone it.

“It’s easy for them to say they have all the controls in place at the Messe to keep people safe, but people have to fly, use hotels, local trains, transport, and restaurants, which all adds to the risk of catching Covid-19.

Tony added: “Aside from hotel prices and knowing the low exhibitor list and poor attendance, the costs to exhibit also isn’t any cheaper!”

Adrian Ling, Manging Director of Plamil Foods, was also cautiously sceptical. He said: “I am totally bereft that ISM may not proceed. We have had enough pleasures taken away from us already with Covid-19, and the pleasure of such a great trade show is another one taken away. Sadly, I personally can’t see it happening.”

Sandra Sullivan also sees some irreparable damage to the exhibition industry on the whole. She added: “Some shows may not survive. Others will emerge stronger by being best in their class and building an offer that is fit for the new normal – in some cases having to reshape the model that has stood them well for many years.

Sarah went on to say that new behaviours will “take time to get used to and become the new normal, but the sector needs to get back to face-to-face interaction to encourage innovation and build business”.

She added: “Meeting existing customers, launching new products, catching the eye of a buyer are still best done at trade shows. We all need to get out from behind our screens, put on our masks, remember to social distance and get back to building international contacts through trade shows.”

Kennedy’s Confection has also reported on the show and personally I have been every year since I was around 10-years-old. Kennedys of course will attend if there is a show. Will we run an issue on finished products in our January issue of the magazine as well, with or without a show. If there is no show there is a magazine and you can’t stop one of those!

There are some interesting things to note. It will be easier and quieter to get around, I might not have to queue for breakfast and will easily get a hotel room. Many of us have not met many people for weeks, so we will be full on and will be excited to meet each other. Wider aisles, doors open and less people, and a potentially smaller show will make it easier to attend and get around.

But, we do trust the decision of the organisers. Only they can see the ticket sales and if there’s not the numbers, I believe they will cancel, and we won’t lose out.

Well, yes, we will because of the travel and hotel refund policies that so many have been caught out with – from the last cancelled Interpack, for example. A smaller show could be on the cards but is the show cheaper? Of course not. Are the hotels less money? You are joking. Interpack is the following month in February 2021 – another major trade event. Perhaps we can’t keep relying on these events and the landscape has changed forever – my fear is that Interpack could be cancelled for the second time. Who knows what may happen now?

Those of us that are there at the trade shows will be hungry for business and I am sure they will do well by attending. Only time will tell and let’s hope the farcical laws in the UK are lifted so then we can get on and do business.

One thing is for sure, you can’t stop Kennedy’s Confection arriving at our door to keep you up to date.

Keep your comments coming to me at editor@kennedys.co.uk. 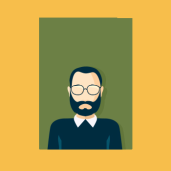