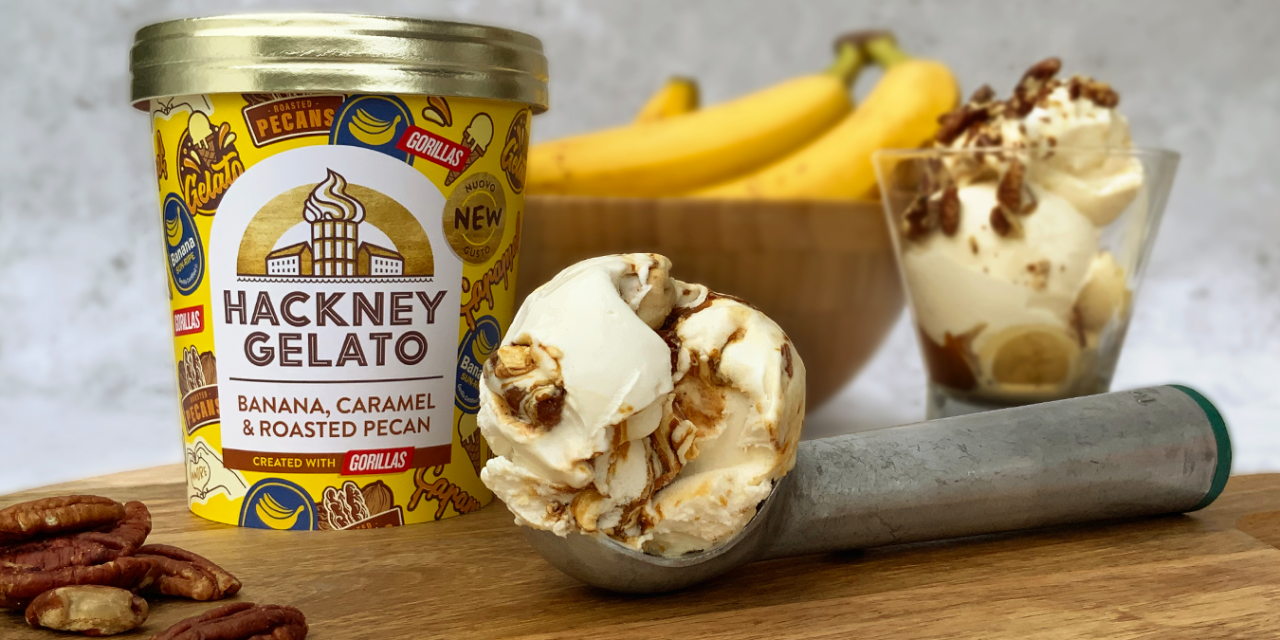 Hackney Gelato, makers of proper gelato and sorbetto, have teamed up with on-demand delivery service Gorillas to launch a brand-new Banana, Caramel & Roasted Pecan gelato, delivered to people in minutes.

Carefully crafted in Hackney Gelato’s East London kitchen exclusively for Gorillas, it will be delivered in minutes and devoured in seconds. Made with fresh British milk and cream, and real bananas, this creamy gelato is rippled with salted caramel sauce and roasted pecans. It will remind you of nutty banoffee pie and give you a primal urge for seconds.

More and more people are turning to rapid delivery services, with reports showing a 123% rise in spend in the 5 months leading up to January 2022*. The rise of rapid delivery apps now means more people than ever can get their hands on proper gelato whenever they want it, and they don’t even need to leave their sofa to do it.

Hackney Gelato was born to make ice cream for the best chefs and restaurants in London, and they launched their retail range across the UK in 2019. By partnering with Gorillas, Hackney Gelato has been able to offer its delicious range to customers across London. As it happens, North Londoners love Hackney Gelato’s Chocolate & Hazelnut flavour while South Londoners prefer Pistachio Almond & Lemon. Despite this, the capital can all agree on their ultimate favourite, which is Alphonso Mango Sorbetto – Gorillas delivered over 1,000 pints of this flavour in April alone.

Charlotte Macken, Head of Buying for Gorillas UK said:  “As one of our best-selling local suppliers, we’re delighted to be partnering with Hackney Gelato to create a limited-edition ice cream flavour, launching just in time for summer.

“We know our customers love Hackney Gelato’s fruity flavours and of course, we had to create a flavour that hero’s our signature ingredient – the banana (obviously!). So, with creamy banana ice cream, salted caramel sauce and roasted pecans, we expect this new gelato to be a customer favourite. Whether sitting in the park or at home, gelato lovers can now order the new flavour exclusively via the Gorillas app – delivered in minutes.”

Enrico Pavoncelli, Co-Founder of Hackney Gelato said: “We’ve wanted to make a banana gelato for a long time, so we were delighted when Gorillas came to us with the same idea. With a super creamy banana base, a salted caramel ripple to bring out the toffee notes from the banana and added roasted pecans for bite and texture, we’re molto proud of our new creation.” 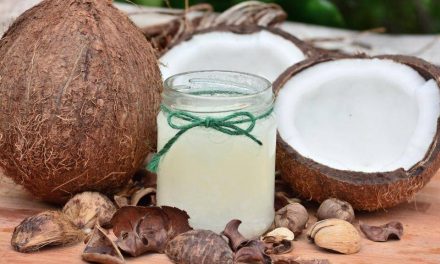 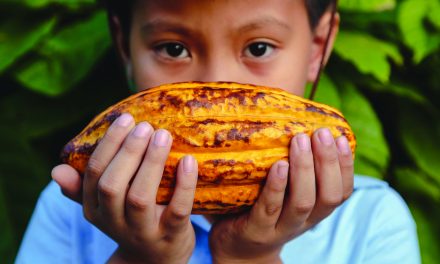 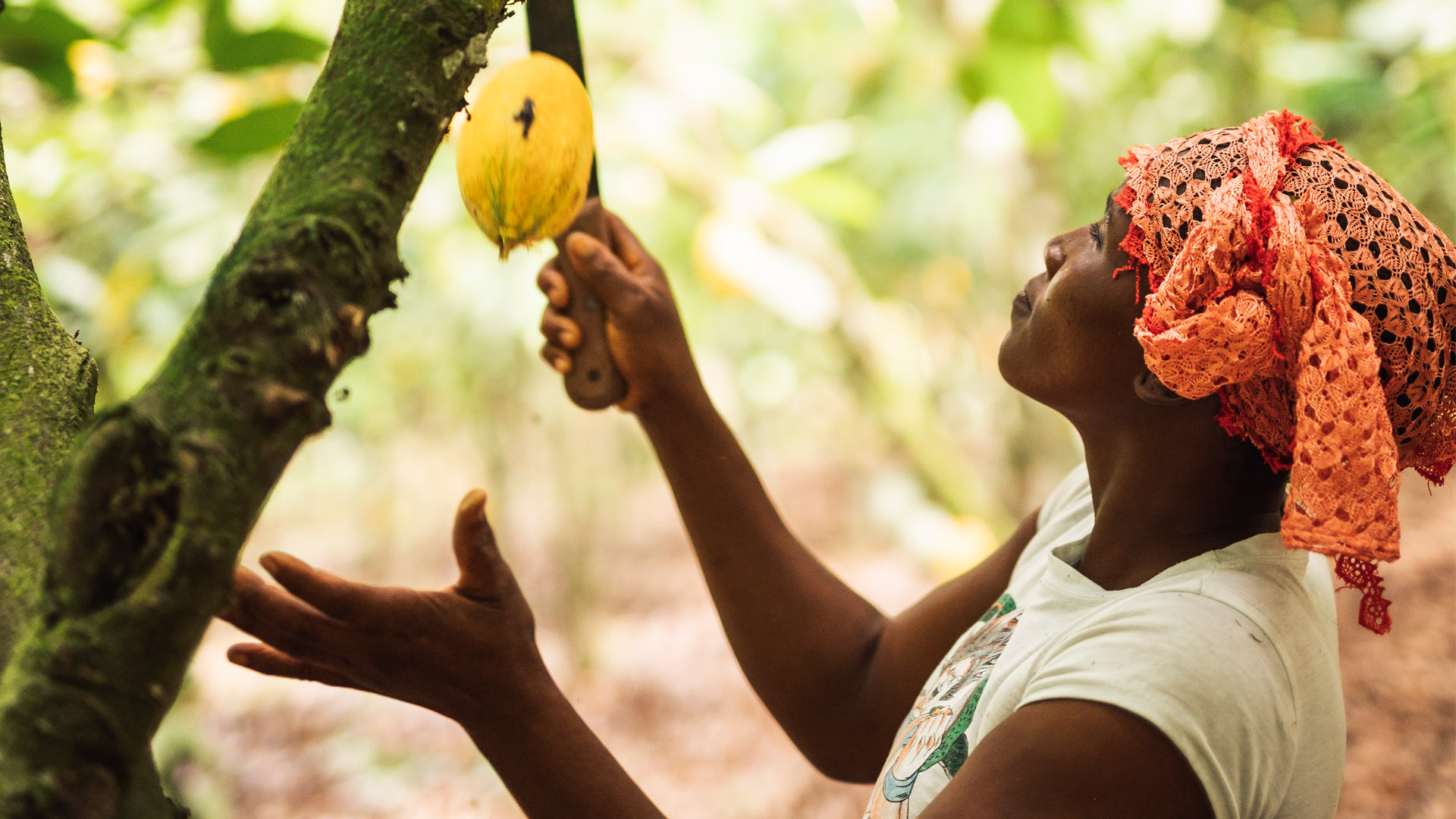 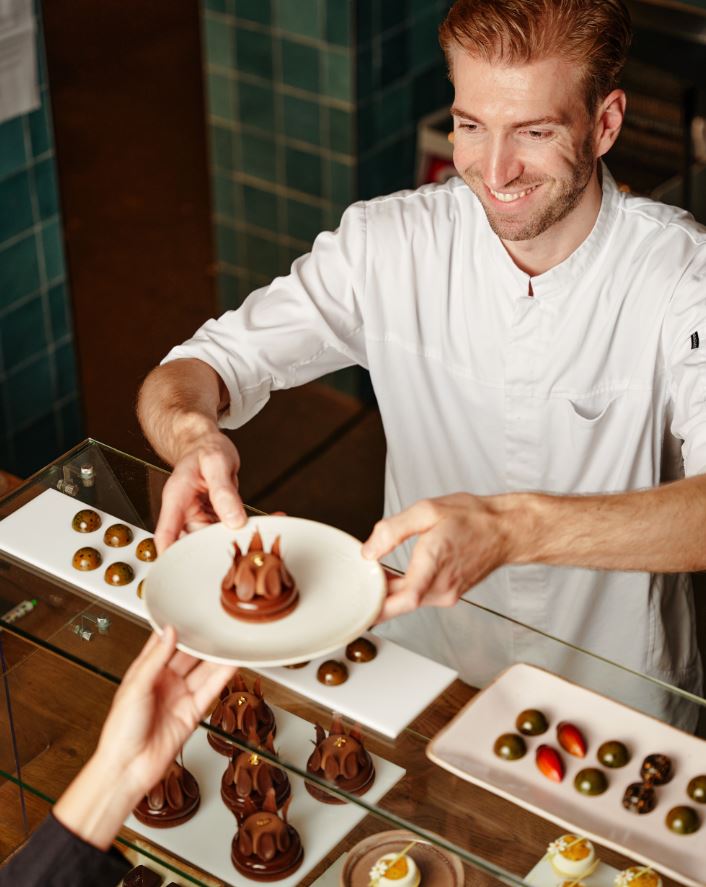